admin
25/07/2021
Share
Facebook
Twitter
Pinterest
WhatsApp
TAN Sri Harris, during his CM tenure, had a big vision for Sabah. Among the many development vehicles that he had formed, the most important were Sabah Bank and Sabah Development Bank.

His objective for these two financial institutions, together with Sabah Credit Corporation and Borneo Housing was to finance and accelerate Sabah’s economic development. Sabah Bank, sadly is now history, having been absorbed into Singapore’s Alliance Bank.

Hajiji has decided to put the GLCs under the microscope. It is, therefore, timely to re-assess Sabah’s financial institutions with the view of revamping them and realigning their roles to serve Sabahans and Sabah’s economic development needs.

As a Sabahan and thus, an indirect shareholder of SDB, I would like to make some comments on SDB.

Sabahans Are The Ultimate Owners of SDB.

Never forget this! Sabahans are ultimately the owners of SDB. It will benefit Sabahans if it can do well. Sabahans will pay for it if it does badly. Foolish for Sabahans to take a detached or a “never mind” attitude on SDB’s performance. More so, because SDB, unlike Sabah’s other financial institutions, is dealing with big money! Not millions, but in the billions.

The Board of Directors as trustees and senior management are duty-bound to exercise the highest degree of prudence and best practices in managing SDB to protect the interest/benefits of all Sabahans. Many may laugh at this statement. It is precisely this lackadaisical attitude that Sabah has become the pariah state now.

If there is evidence of  gross criminal negligence, the Sabah government should/can consider taking legal action against those responsible.

Has SDB Deviated From Its Original Objectives?

Sabahans must ask this question all the time. Its name, Sabah Development Bank, says it all. Its main objective was to mobilize funds for the development of Sabah. It should play the important role to supplement and complement the Sabah government’s revenue for economic development. The questions are:

[a] how much funds have SDB channelled into Sabah’s economic development? How much to W Malaysia?

[b] If the amount to W Malaysia is substantial, what reasons/logic of the Board of Directors for their decisions to do so?

The Rm300m loan to AA is equivalent to about 30pc of Sabah’s budget for development.

[d] Does the Board of Directors know that many Sabahan businessmen/investors have great difficulties in securing loans from commercial banks in Sabah?

How Well Has SBD performed?

SDB’s published financial statement is rather opaque as it does not come under BNM’s jurisdiction. Some questions that the Board of Directors can answer:

[a] What are the actual amount and number of accounts that are non-performing loans?

[b] How many of the non-performing loans belong to GLCs? Though these are Sabah’s GLCs, they should likewise be classified and the Chief Minister and Minister of Finance be informed accordingly.

SDB should and must NOT rely on the Sabah Government for bail outs for these under-performing GLCs. SDB should take stern action against them. Not categorizing them as non performing loans can only encourage the GLC Boards of Directors to continue their irresponsible non-performance.

[c] How many accounts have exceeded the single borrowing limits? How many of these are in Sabah and in W Malaysia?

[d] Why some companies are allowed to exceed single borrowing limits? Who are these people behind the companies? [d] How many loans are classified as “bad loans”? What is the total amount of bad loans?

[e] How much has been provided as bank loans? How are bad loans defined?

SDB, as all other GLCs, should serve the interest of Sabah first under Hajji’s Sabah Maju Jaya and Sabahans First Policy. Not businessmen in KL, Selangor or Johor. Nothing more, nothing less.

Towards this end, a drastic realignment is required. I am certain the new management under Datuk Vincent Pung, has already started this difficult task. The realignment should involve, inter alia the followings:

[a] Review and recall, if at all possible and soonest possible, all the loans given to companies in W Malaysia, use the retrieved funds to finance Sabah’s economic development and expansion.

For example, the RM300m loan to Air Asia can finance 300 Sabah businessmen at RM1m each. This would have made a hugely positive/productive difference in Sabah’s economy.

[b] SDB, in consultation with Sabah’s relevant economic authorities, should produce some policy recommendations/guide lines for Hajiji to prioritize much needed finance for Sabah’s Covid-19 economic recovery plan and priority economic sectors. Examples are tourism, ITP together with downstream industrializations, SMEs, food/meat/fruit productions.

[c] SDB should play a leadership role in convincing other banks to reverse their diminishing attention in Sabah and give more focus on Sabah’s finance requirements.

Sabah’s share of bank loans to national total has reduced very drastically in the last 30 years, indicative of Sabah’s shrinking economic position in the Malaysian economy.

Last and most importantly – My usual exhortation is to political leaders in government and opposition to unite/synchronize for one and only purpose, SABAH’S INTEREST. 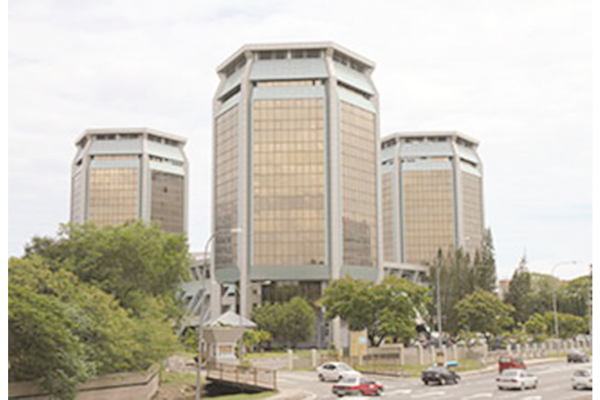