Woman hit by DUI driver, has credit card stolen while recovering in hospital

LACEY, Wash. – Lacey Police are asking for the public’s help to identify a suspect who used a credit card stolen from a woman while she was trapped, bleeding and unconscious after her van was T-boned by a DUI driver.

“It’s horrible, it’s like I was hit by one cockroach into another cockroach,” said Anne Paich.

She was driving through the intersection at 45th and Ruddell in Lacey on September 3, 2021 at about 8:45 p.m. when an uninsured motorist hit her van. Before first responders arrived, someone stole her wallet and ID out of her purse.

“I think they are a mean and evil person,” said Paich. “I don’t know how your first inclination when somebody gets injured in a car accident is to just steal from them.”

Firefighters had to use the jaws of life to get Paich out of her vehicle. 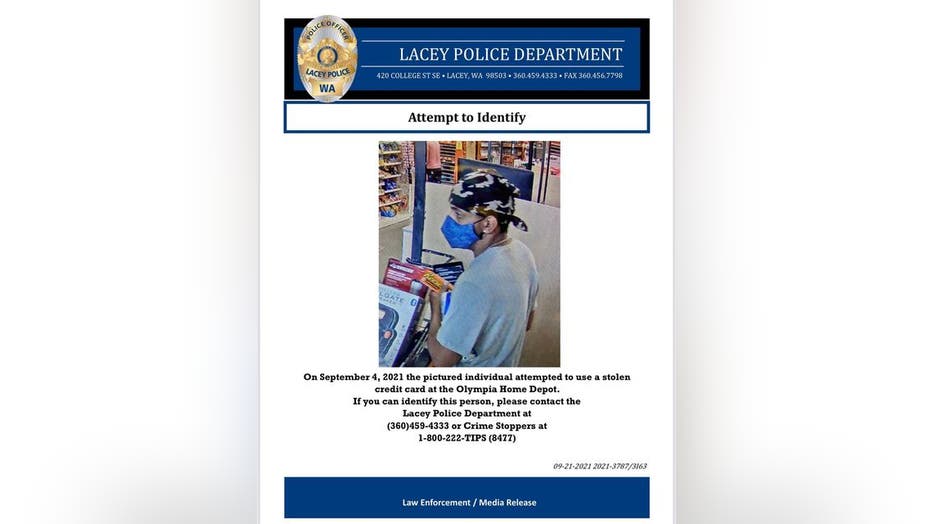 “I had a broken clavicle, so I had to have a plate and eight screws put in. I had about 45 stitches in my shoulder, about five stitches in my face, four broken ribs and a bruised kidney,” she said.

As she was undergoing surgery, Lacey Police say an unidentified male suspect was seen on camera charging around $3,000 on her stolen credit card at Home Depot in Olympia and at Walmart in Tumwater. “It’s incredibly callous, talk about victimizing somebody twice,” said Det. Eric Lever with Lacey Police.

Surveillance video showed him arrive in a silver four-door sedan. 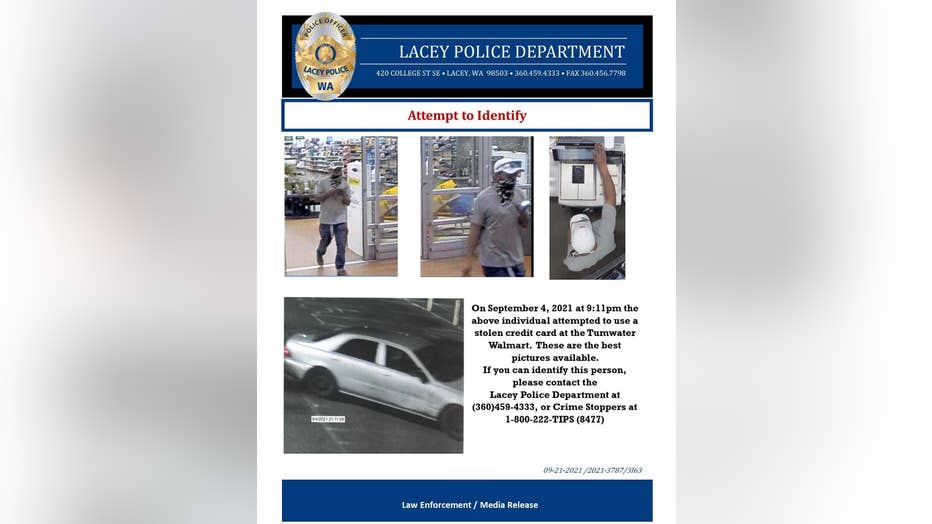 “We do believe that the photos are good enough that somebody will recognize this individual. We want to show that this is absolutely unacceptable,” said Det. Lever.

Paich had to learn to walk again and is still struggling with her equilibrium because of the concussion she suffered. She worries that the suspect will victimize someone else again unless he’s caught.

Crime Stoppers of South Sound is offering a cash reward of up to $1,000 to anyone who can identify the suspect. Call 1-800-222-TIPS or text the tip through the P3 Tips App on your cell phone. It is anonymous.

The gender pay gap in the U.S. has been well documented, but new research shows that men don’t just earn more money, on average,...

The interest rate on credit cards is generally very high. It's not uncommon for rates to be 17% or higher. That's why the general...